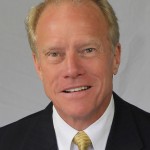 The state of Washington currently has online gambling as a C-class felony that carries penalties that are similar to those that can be imposed against those who commit serious criminal offences. Senator Paul Harris has submitted a bill that will seek to have the penalty reduced to a fine of $50.Many others senators believe the bill should do more and actually decriminalizing online gambling within the of Washington state.

Upon several the hearings, which lasted several days the bill was rejected by the government accountability and oversight on committee. Senator Harris stated that there were members on the committee who had a number of issues relating to the clarity of the bill and further requested that a number of changes be made. Due to this the bill will have to wait until next year before going in front of the committee again once the changes have been completed.

The Poker Players Alliance, which supported the Harris bill, sees this as a successful attempt and will continue to help once the bill is submitted next year in 2014.