PokerStars, a poker/casino platform currently owned and operated by Amaya Gaming is once again adding additional blackjack titles. This came as a surprise as it was only a few weeks ago that this casino went through reconstruction, adding dozens of different casino games including blackjack and slots. None the less PokerStars was pleased to announce that in the upcoming days there’ll be eight more blackjack titles available for punters. 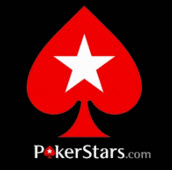 Even though there are more than ten different blackjack games available to be played on PokerStars as of right now, this isn’t considered a large variety in terms of other blackjack focused casino. This doesn’t mean that PokerStars won’t be able to rise up the occasion and provide additional titles in the future. It’s already in the works with various developers to have at least a dozen more blackjack titles released onto the platform by the end of mid-2016.

Unfortunately this expansion is only limited to the markets they operate in which includes Italy, Spain, the United Kingdom and Canada. Blackjackchamp.com, a website that pertains towards the needs of blackjack players have stated that their selection is growing but still blackjack players should venture off to different casinos in order to gain the most out of their experience.

PokerStars isn’t going to give up easily though. They’ve made plans to move their blackjack platform over to Android & Apple mobile devices. It’s clear that their broadening their range in order to become one of the powerhouse names in the online gambling industry once again. Whomever wishes to try these blackjack games will be pleased to know that a 100% match bonus awaits that’s worth double anything the punter deposits.