Evolution Gaming is one of the leading software developers in live based table games. It was announced today that this software operator has entered a content deal with Games Marketing. This deal will have the entire library of games owned by Evolution ported to Games Marketing’s platform.

Evolution has created an array of live blackjack, live poker and live roulette games that hundreds of thousands of gamblers around the globe have fallen in love with. Games Marketing used to offer their own proprietary software that ran live table games but unfortunately due to competitors their games weren’t making the cut. This is the reason as to why they’ve opted to licence out the Evolution Gaming platform & provide it through their own. 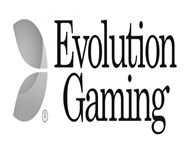 As of this time, Evolution has noted that this new content deal will be good for the next six years with the option of extending it if the two firms agree to it in six years’ time. The online gambling market is in a time of change right now and a lot could happen within six years. It’ll be interesting to see as to where to content deal leads to in the next few years.

The games currently offered by Evolution are available to be played at casinos offering the Games Marketing platform. There will also be new games coming at the end of the year and additional games coming within the period of these six years. Those wishing to get in on the action on have to sign up an account with a casino offering the Games Marketing gambling software.