Asian Countries have become known for its illegal gambling operations, throughout the years it’s become a serious issue that law enforcement recently have been taking a serious issue. This was once again proven when Bali, Indonesia Law Enforcement announced that forty eight Taiwanese & Chinese Nationals have been arrested during an online gambling raid. 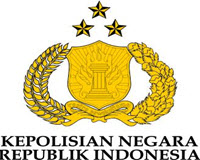 During this astonishing raid, police were able to obtain thirty five laptops, twenty seven mobile phones, eighty five WiFi Routers, fifty nine modems, memory sticks with evidence on them and a CCTV System. Police also stated that eight of those who were arrested were here illegally & will be deported back to their countries to serve their sentence there. The main game found to be offered through this crime syndicates online casino was video blackjack, this is common with these illegal casinos as table games are more favored than video slots. This raid has allowed for law enforcement to gain a series of new information regarding other illegal gambling operations through Indonesia as well as Malaysia. The information regarding Malaysia will be sent to their law enforcement so they can further that raid in the future.

Gambling is banned in these countries, this hasn’t stopped various crime rings from continuing to offer various forms of gambling throughout the country. The most evident being that they operate online casinos illegally, having thousands or more playing at their casinos from around the world not knowing that it is owned by a crime syndicate. Law Enforcement are winning the fight though and it’s expected that within the next three years all illegal gambling operations within Malaysia, Indonesia and various other countries will be terminated. This’ll require a large effort of the police’s behalf for this goal to be accomplished though.