The Malaysian Government & Law Enforcement have been hard at work to demolish any evidence of illegal online gambling within their country. Today it was announced by the Malaysian Multimedia & Deputy Communications Minister that within the first half of the year they’ve been able to shut down three hundred and one different gambling sites. This is an impressive amount to say the least that has put a dent in all illegal gambling operations within Malaysia. 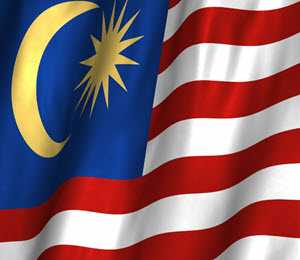 A large amount of the websites effected from the various raids conducted by law enforcement during the last six months included table game based websites. This means hundreds of illegal punters are now without their online blackjack or poker. Datuk Jailani Johari, the minister revealed that out of the nine hundred and forty different applications that was sent to law enforcement only seven hundred are operating in an illegal manner. This means that within the first half of the year they’ve almost shut down nearly 50% of all current illegal gambling operations in the country. Law Enforcement plan on clamping down even harder within the next six months in hopes that they can shut down all illegal gambling sites and possible reside this issue once and for all.

The Malaysian Government & Law Enforcement have not been quiet in their efforts to eradicate illegal online gambling. They openly talk about it in hopes that it’ll spread fear to whomever else might be operating one of these sites. None the less it seems that these criminals aren’t willing to give up their illegal money which is why raids will be held on a more regular occasion. The Government suspects that within the next six months to a half and a half they’ll eradicate illegal online gambling